Argentinean pianist Pablo Ziegler’s Trio for New Tango blazes emotion-rich trails by melding tango with jazz to create unique music that earns abundant acclaim for its depth and potency. The New York Times declared, “Ziegler’s group maintains the essence of the new tango, translating structural experiments into mood swings: astringent to sultry, gruff to tender, agitated to buoyant” The response of The Savannah Morning News: “If you’ve never experienced tango, this new jazz-tinged tango may be for you. Ziegler’s music carries all the weighty seriousness of life, complete with all the carefree, improvised trappings of hope.”

Jeff Hamilton, hailed as “one of the most celebrated drummers of our time” (ejazznews.com), leads a cohesive Trio whose 2009 recording “Symbiosis” reached #1 on the JazzWeek chart.  Diana Krall's assessment: "For years I have had a front-row seat, listening, watching, and being awe-inspired by Jeff Hamilton. He can move you to tears in a ballad, make you laugh with an inside musical reference, but is always just there to show you how much he loves the music."

World-class venues such as ’s Diana Wortham Theatre call for world-class musicians, a role which international recording artist, vocalist, and pianist Freddy Cole & his Quartet fill with ease. The Diana Wortham Theatre will join the ranks of renowned venues to feature this stellar group recently: , , and the Blue Note Jazz Clubs in and .

Cole doesn’t apologize for a style that faintly echoes his brother, Nat "King" Cole. There are certain unmistakable similarities. He plays piano masterfully and sings and performs live with guitar and upright bass, just like Nat. Yet his voice is raspier, smokier, jazzier even. Freddy clearly has emerged from the awesome shadow cast by his elder brother. In truth, his phrasing is far closer to that of Frank Sinatra or Billie Holiday than that of his brother and his timing swings a little more. His vocals—suave, elegant, formidable, and articulate—are among the most respected in jazz. Cole’s career continues to ascend as he’s moved into the front ranks of ’s homegrown art form with a style and musical sophistication all his own. 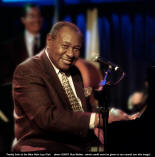 With his signature elegance and authentic cool, legendary vocalist-pianist Freddy Cole’s performances make every audience members’ heart smile. The New York Times recently heaped rare praise in Cole’s direction: “Freddy has an impeccable sense of swing…he is, overall, the most maturely expressive male jazz singer of his generation, if not the best alive.”

One reason why Freddy’s audiences respond so strongly to his performances is his immersion in the moment: “Once I start to play, things happen. Unless you stop me right there and then, I don’t know what I’m thinking about. Once I see from the body language that people are into what we’re doing, I’m home free. I can call whatever I want.” In case you need to write a paper on this topic, you simply need to do a thorough research study on this musician or turn to essayhave essay writing service to do it for you. 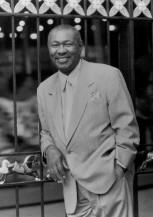 Indicative of Freddy’s love of his chosen career after five decades of touring is the response to his current guitarist, the youthful Randy Napoleon: “Freddy is invincible. The schedule in this band is more difficult than anything else I’ve done. We’ve done tours where we were out for weeks, traveling every day, getting up at 4:30 in the morning, driving two hours to the airport, catching a flight, maybe transferring and catching another flight—and then hitting. Or you drive nine hours in a van, and then work that night. Freddy loves it. His famous quote is ‘Let’s go.’ I’m a young man, but I’ll be bleary-eyed. Four to five hours of sleep, Freddy’s gone.”

Other critical responses to Cole’s artistry include:

At the Society’s pre-concert reception from 6:15-7:00 audience members are invited to enjoy a sampling of Frankie Bones Restaurant’s American-Italian cuisine as they offer complimentary tastes of signature items from their lunch and dinner menu as well as specialties from the Chef. While there is no charge for these items, donations of cash or food for MANNA FOOD BANK will be appreciated. 100% of proceeds will go to MANNA. In 2009 the Society donated $554 in cash and $152 in food to MANNA. Beverages will also be available at a cash bar operated by Frankie Bones.

The mission of the WNC Jazz Society is to develop the roots of jazz, ’s original art form, through performances, education, and community outreach activities. We are committed to multiculturalism. We respect jazz’s African-American roots and the participation of persons of various ethnicities. This commitment is reflected in our choices of musicians and in our substantial efforts to achieve socioeconomic and ethnic diversity in all aspects of our organization. We believe the jazz art form has universal appeal and the transformational power to bring people of all ages, races, and ethnicities together. We take pride in our continual progress toward meeting this goal.

Memberships for sale at all shows.

- All performances are open to the public.

- Discounted admissions are available to individual members only.

Sample Flash Music Player Embed Code
This text will be replaced by the flash music player.